Church of The Most Holy Trinity

This Cross was originally on the exterior of the Church in the Southend and then moved to the front garden of the New Street Church, presumably when the new Church was built

It was originally given by the Palairet family probably in the 1930s.

Once it was taken down and cleaned we found the original craftsman's name CV Gertner of  Hereford.

Charles Victor Gertner was born in 1881 and was active from 1900 - 1940 as a wood sculpture. His father was born in Rio de Janeiro.
We are hoping to find out more about him.

These are some of the photos taken during the restoration 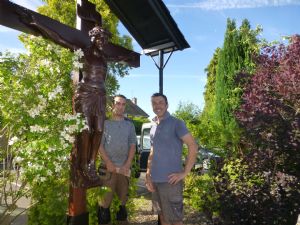 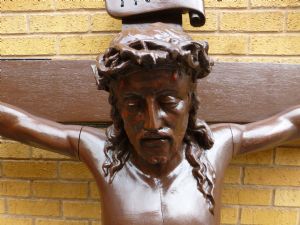 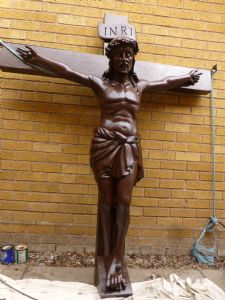 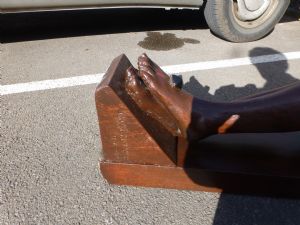